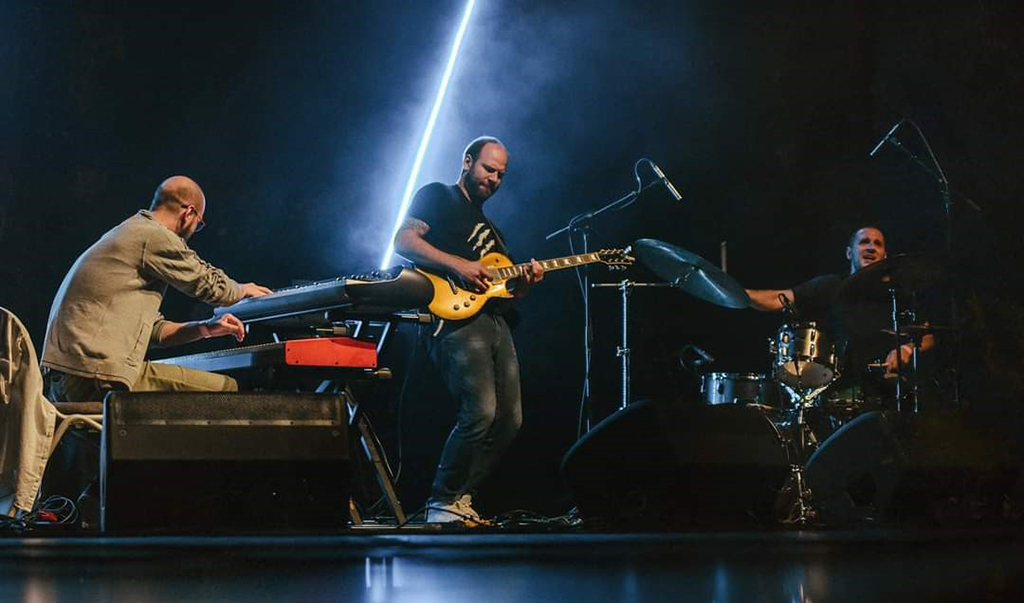 synthesizer). The first live performance took place at the “Old School Café” in Skopje, Macedonia, in April 2018 as a jam session and was quickly followed by the recording of a debut album with 5 songs entitled “Homeverse”.

“Homeverse” came out on March 24, 2018 and was soon performed live and promoted via mini-tour through several cities in Macedonia, including “Only Fools and Horses Pub” in Stip,

“Take Five Jazz Club” in Prilep, as part of the mini jazz caravan fest, “Agora Club” in Kumanovo, as well as final official promotion in “Club Marakana” in Skopje. After a short break of 5 months, in November 2018, the new video and audio single was recorded titled “AAA” as an introduction to the completely new material for the second album.

In December 2019 play at their own concert with one of the most influential experimental jazz bands in Macedonia – Next To Silence at the Maracana Club.

In April 2020, they play at the International Jazz Day – It’s All About The Jazz – Culture during the corona festival in Skopje.

3ject in the summer of 2020 are in the studio together with the producer Nino Spirkoski and they made it the second album.